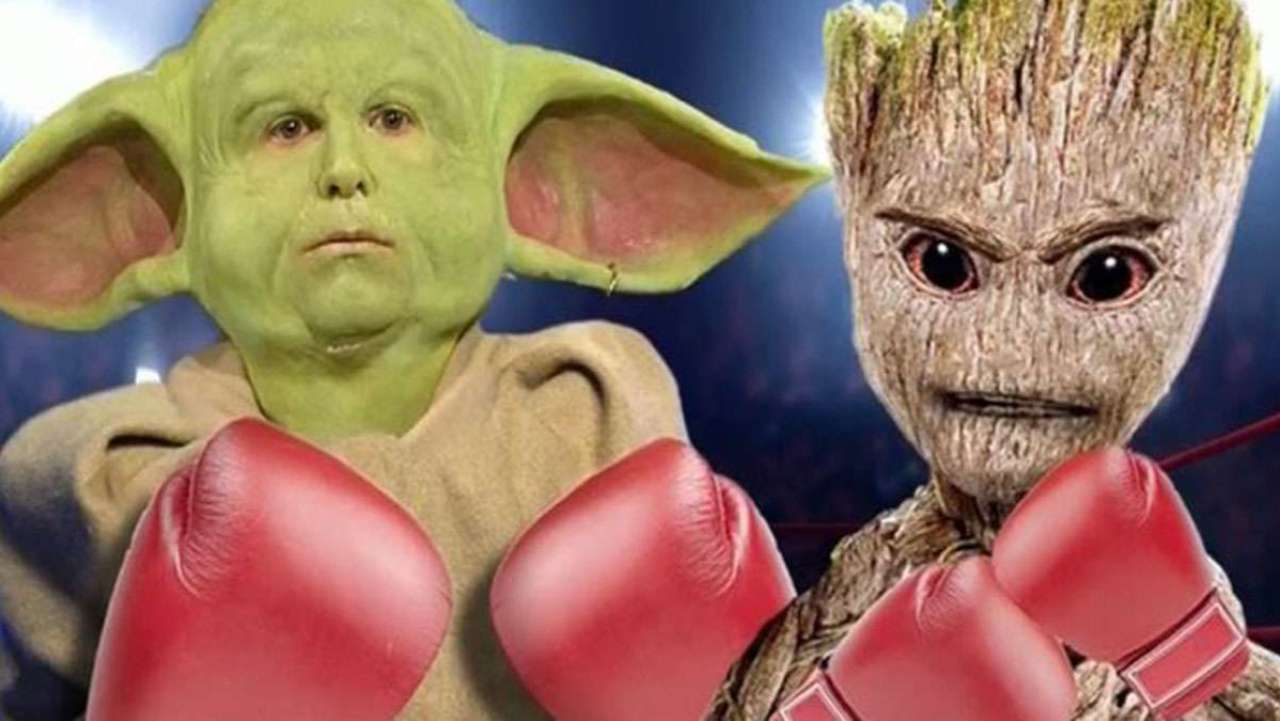 Baby Yoda made its grand return to Saturday Night Live and wanted to box Baby Groot. During Weekend Update, the character joked that training with Jake Paul had been going well. Celebrity boxing is all the rage right now and SNL decided to poke fun at the resurgence. Now, Groot and The Child have been joked about as opposite sides of the spectrum on social media for almost a year and change now. So, it’s no surprise to see the NBC series go that route. But, the boxing jokes add a whole different dimension to it. (Characterizing Baby Yoda as a sort of teen actor with brewing problems with fame is… a choice for sure…) Colin Jost and Michael Che are always down to humor such silliness and they try to hold it together as best as they can. Still, a strange sketch on a strange night of content for SNL.

When it comes to the rules surrounding The Child, even Disney Chairman Bob Iger is not exempt from the rules. He told The Star Wars Show that he was chastised a bit for calling him Baby Yoda.

“In this particular case, The Child, or The Asset — because we don’t refer to The Child or The Asset the way the world is referring to The Child and The Asset as ‘Baby Yoda’ — that’s a no-no,” Iger explained. “I got chastised, in my early emails to Jon Favreau, I referenced in my emails, ‘Baby Yoda.’ It just seemed easy. And I got my wrists slapped by Jon a few times. ‘It’s not Baby Yoda!’ ‘Okay, okay!’ [Laughs].”

Musk appeared in the promo for this episode, where he said he would try to behave himself for Mother’s Day. “Hi, I’m Elon Musk and I’m hosting SNL this week with musical guest Miley Cyrus,” he began. “And, I’m a wild card, so there’s no telling what I might do.” Cyrus interjects with a quick jab at “rules, no thanks!”

Did you enjoy SNL this weekend? Let us know in the comments!