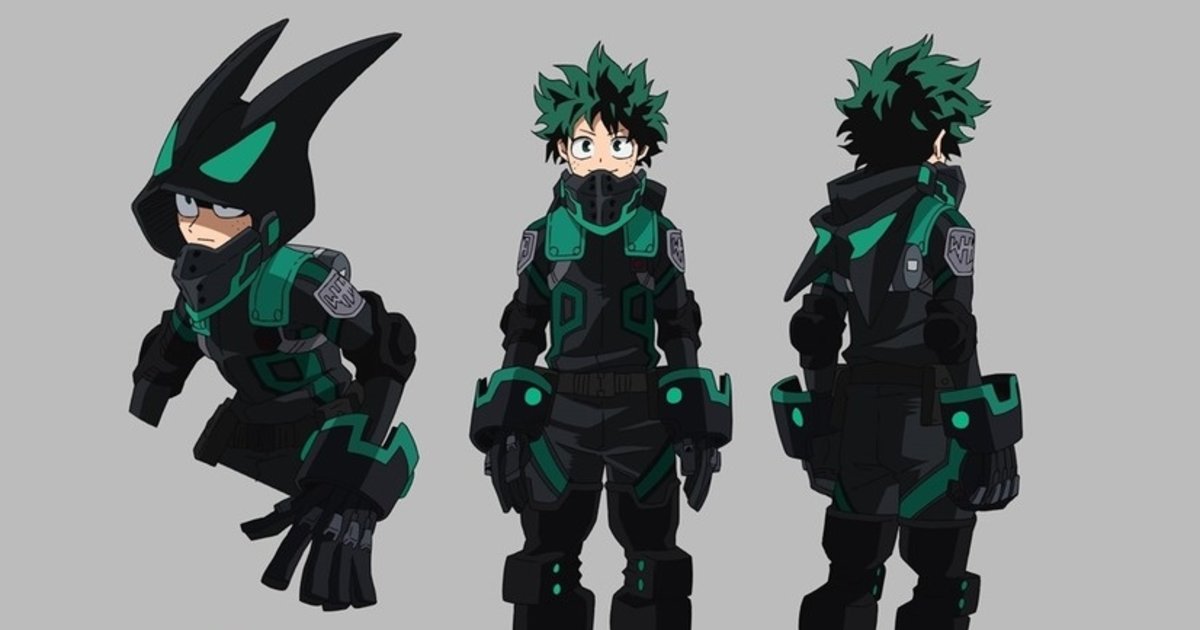 Superhero franchise My Hero Academia has released the designs of “stealth suit” costumes for Deku, Bakugo, and Todoroki in the upcoming World Heroes Mission film!

Designed by original author Kohei Horikoshi, the new costumes will only be worn in the film.

My Hero Academia is set in a world in which the majority of people have superpowers known as “Quirks.” The story follows Deku, a Quirkless boy who is determined to become a superhero.

World Heroes Mission sees Deku and his friends going international after being framed for murder. Forced to go on the run, they must also face Humarise, a mysterious organisation hell-bent on eradicating Quirks.

My Hero Academia THE MOVIE: World Heroes Mission opens in Japan on August 6.