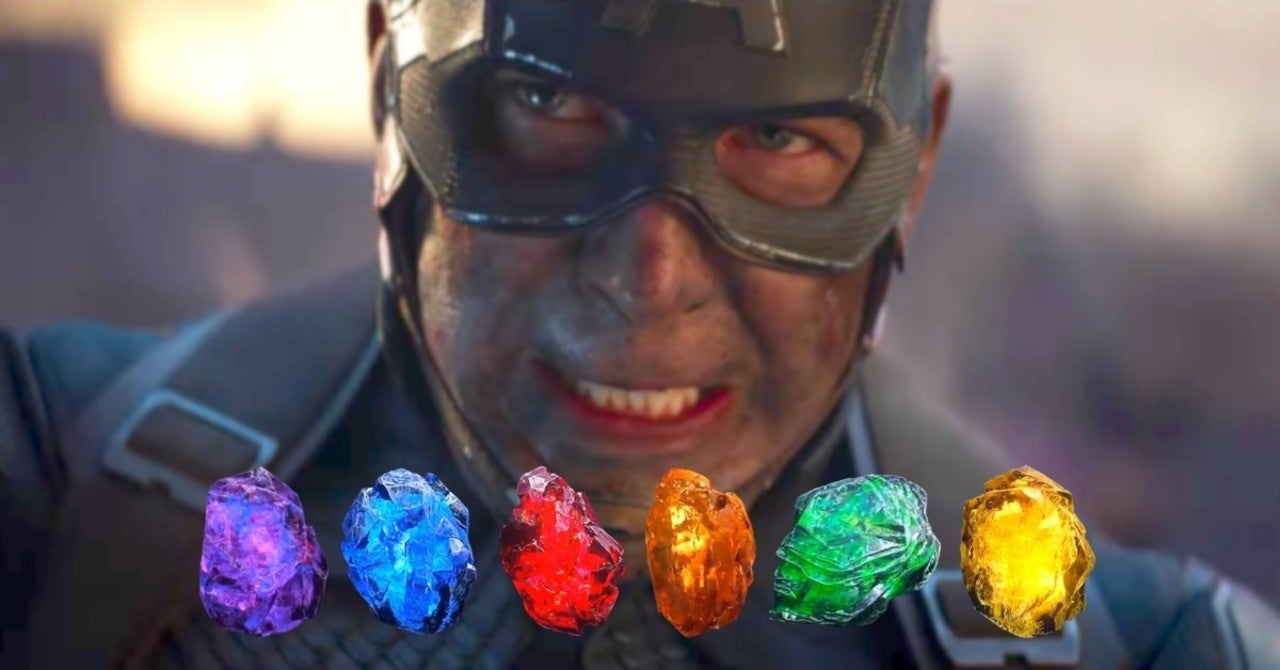 How did Captain America/Steve Rogers get all those Infinity Stones back to their proper timelines? That’s been one of the biggest lingering questions (plotholes) hanging over the Marvel Cinematic Universe since the ending of Avengers: Endgame. Marvel fans are still debating (and trying to understand) the unorthodox rules of movie time travel that Endgame laid out – as well as how Steve Rogers (Chris Evans) ended up both living out his days in the 1950s with Peggy Carter – and still ended up within modern-day times as an old man carrying a brand new (or repaired) version of the Captain America shield.

The Falcon and the Winter Soldier didn’t do anything to answer the question of what happened with Steve Rogers after Endgame – in fact, the Marvel Disney+ series side-stepped that issue entirely. However, Marvel fans continue to campaign for getting their many questions about Captain America’s final mission in the MCU answered – which keeps inspiring impressive fan-art creations like the one below:

This talented fan artist, “elilusionista.cl” has created an entire photo-format storybook here. The Instagram slideshow details Captain America revisiting the various time points the Infinity Stones were “heisted” from by The Avengers, in order to achieve “The Blip” that resurrected half the universe after Thanos called The Snap.

We here at Comicbook.com have already pitched the question to fans: Should Marvel do a Captain America and the Infinity Stones event series? As we stated then, “a limited series about Captain America’s actual experience returning each Infinity Stone could be a much-needed epilogue to the Infinity Saga. Each stone comes with obvious complications and powers that could make it difficult for Cap to easily return it – along with plenty of fun potential MCU character cameos, as Rogers revisits key Infinity Stone moments from other films.

On a deeper level, it would allow Cap to wrestle with some deep temptations of power and godhood (something the character has done in the comics), as he holds the means to change events or reality itself. That could be key to helping Marvel fans better understand why Rogers ultimately chooses the life with Peggy in the 1950s – and just how his elder self exists in the same timeline as Endgame’s events. There’s also a tremendous opportunity to take Captain America to Planet Vormir, for a long-awaited reunion with Red Skull – and a much-needed conversation with Scarlet Johansson’s Black Widow, who still deserves some kind of better eulogy than she got in Endgame.”

“I also thought it would be really interesting to make a standalone movie with Cap returning all the stones. Because when he jumps into the time machine at the end of Endgame, he’s gone for a second and then comes back as an old man,” Marquand said. “But I think it would be really interesting to see what happens each time he returns those stones. And that would be a fascinating movie in and of itself, I think. I hope [Red Skull] does [return].”

Hopefully, Marvel Studios is listening to the fans, and this project will eventually come to fruition.